Book Review: The Last Bucelarii (Book 2): Lament of the Fallen

Now I will admit I have been a bit lax on keeping up with this blog. I have good reasons, most of which I am not going to share with you because I am not going to whine at you about  my life. Everyone goes through tough times.

There is one reason I have been lax that I am going to share.

I have been reading some really great books. One of which I was lucky enough to be asked to review, and as a result I received an ARC (advanced readers copy, and no you can't borrow it).

The book is The Lament of the Fallen, Book Two of The Last Bucelarii.

The Lament of the Fallen is a fast paced and addictive read. We pick up with our title character, The Hunter, after he has wreaked both vengeance and havoc against those who wronged him in the city of  Voramis. We are immediately enticed into wanting the Hunter to find peace but as readers we know it's not going to happen. We follow him through betrayals, addiction, mutilation, a bear mauling, and the loss of something so vital to his being that he is almost helpless without it. Almost.

Now I am purposely being vague because you need to go out and READ THIS BOOK. It is everything you want fantasy to be, even playing with the Hero's Journey in such a way that you may not even recognize it at first.

Andy Peloquin, the author, even has us rooting against people we would normally cheer for in other types of fantasy novels. We even come to question the concept of dogma, and the idea of being born of something evil versus doing evil acts in the name of something good.

The Last Bucelarii both quenched and thirst and left me thirsty for Book 3. It was the literary version of blue balls or an unfinished sneeze. I don't just want to complete this series. I need to.


The Last Bucelarii (Book 2): Lament of the Fallen
The Hunter of Voramis is no more.
Alone with the bloodthirsty voices in his head, fleeing the pain of loss, he has one objective: travel north to find Her, the mystery woman who plagues his dreams and haunts his memories.

When he stumbles upon a bandit attack, something within urges him to help. His actions set him at odds with the warrior priests commanded to hunt down the Bucelarii.

Left for dead, the Hunter must travel to Malandria to recover his stolen birthright. There, he is inexorably drawn into direct conflict with the Order of Midas, the faceless, nameless group of magicians that holds the city in a grip of terror. All while struggling to silence the ever-louder voice in his mind that drives him to kill.

From feared assassin to wretched outcast, the Hunter's journey leads him to truths about his forgotten past and the Abiarazi he has pledged to hunt. His discoveries will shed light on who he really is…what he really is.

We all have them.

Awful, horrible stories that we think should never see the light of day. These are words written or art that was crafted from the beginning of your career, or written last weekend when you may or may not have had too much to drink.  Not that I have done that, or not done that.

Just because something you wrote overall is bad doesn’t mean you don’t have a gem buried deep inside the muck. Think of it like a bad movie. Think of it like Indiana Jones and the Kingdom of the Crystal Skull.

Overall this movie is bad. It forgets the mythos that made the franchise popular, and apparently allows for the creation of atomic blast resistant refrigerators.  But there are some great parts. References back to what makes the franchise wonderful can be found all throughout the movie. We see Indie’s first love. There is humor, and even some quality action that is only slightly ruined by an unfortunate camera filter. The movie could have been a great addition to the franchise.

What I am trying to say is that the bones are there.  We have romance, action, an almost quality story line. Only the deep seated mystery needed to be changed. The same is most likely true of that garbage story you wrote. The bones are there you just need to go back to it and find those bones. Pluck out those unnecessary organs, like the inter-dimensional beings that have no business being there.

I recently had to do this with two novels. They had stalled, and a stalled novel can be a death knell. I kept thinking of ways to make it work. Places I could try and bring the plot. The characters had stopped talking to me. I realized I had to go through and perform an autopsy and figure out what went wrong.  I found quite a bit that I couldn’t use, but I also found quite a bit I could, and those parts were the real backbone of my story. I had lost that focus somewhere along the way. Kind of like when I blog but that is a different story.

I am going to go through a similar process for two other blogs I created that I had to step away from. They are up for a little while longer if you care to search for them. One is Jesse Magnan’s Blog of the Lance, and the other is Jesse Magnan’s Blog of the Realms. They are based on two table top games that I ran but had to stop recently for various reasons. But in those blogs (and the various notes I have to go along with them) are  bits of plot, action scenes, characters, and dialogue that I will pull out and combine into a new beast that is still the same (and doesn’t violate any copyright or intellectual property).

Bad work can still have some good writing. The hardest part can be recognizing what is quality versus what is something you are fond of. 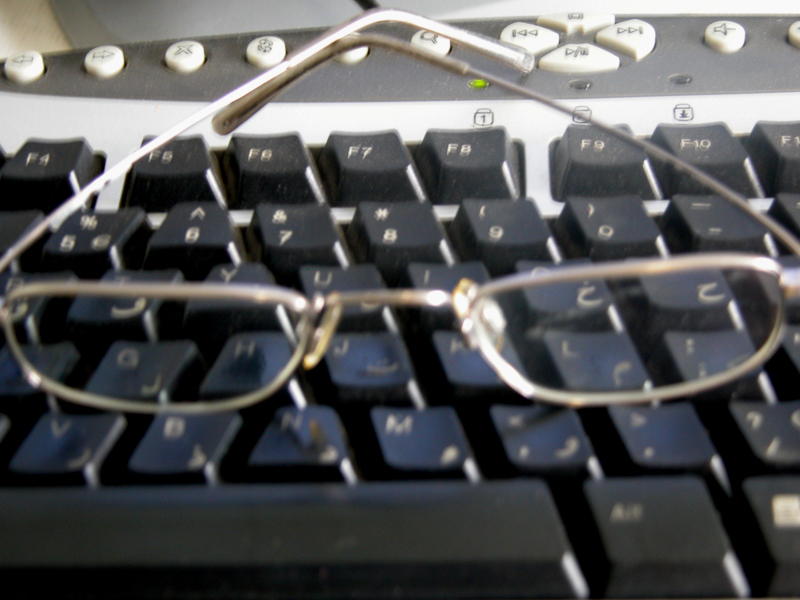